There was pandemonium in the Akinremi Estate, Adigbe, Abeokuta, Ogun State, on Thursday after some youths discovered a baby factory around Vulcaniser Bus Stop.

The incident comes barely two weeks after eight women were rescued from a baby factory in the Akute area of the state.

Eyewitnesses told SKYSIT SPORT that the youths, who thought the building was a ritual killers’ den broke into the compound.

In a fit of rage, the youths were said to have set two vehicles ablaze as well as the one-storey building.

According to residents, the building, which is located close to Redeemed Christian Church of God, Dominion House parish, was let out to an unidentified individual. 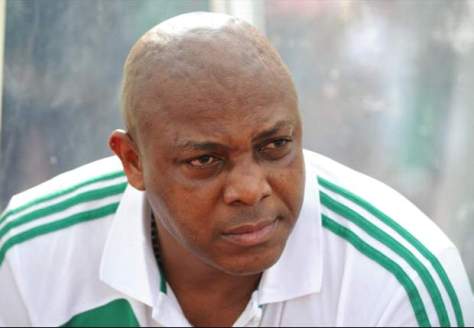 With less than two months to the commencement of the quadrennial football showpiece, the former national team skipper insists that he would only call on a few players that will make the country proud.

“I don’t know where these stories of 35 players are coming from,” Keshi told KickOffNigeria.com

“I have less than three weeks to prepare for the World Cup and so we need to be serious because of the limited time at our disposal.

“I will only invite those who will give us what we need and I intend to make the list available at the right time,” he concluded.

Nigeria’s first game is against Iran in Curitiba on June 16 before facing Bosnia-Herzegovina and Argentina in Group F of the competition. 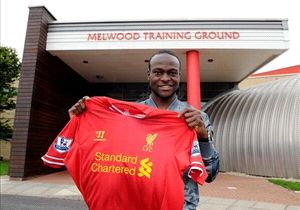 It’s not been a positive season for one of the Super Eagles’ key attacking threats, but should Stephen Keshi and Nigeria fans be concerned?

As the English Premier League title race of the 2011/2012 season went down to the wire, Wigan Athletic welcomed Manchester United to the DW Stadium. The Red Devils were locked in a titanic battle with ‘noisy neighbours’ Manchester City and the games were drying up for both teams. It was April.

Sergio Aguero’s last-gasp winner on the final day of the season will go down in history as one of the seismic moments in English football, but that night in Lancashire was when the unsavoury put on the cloak of plausibility. Wigan utterly outplayed Manchester United to hand the title initiative to the blue half of Manchester, and a 21-year-old Victor Moses announced himself to the world.

His manager at the time, Roberto Martinez, gushed with praise; “His actions in one-on-ones are sensational… You don’t see many players like that in the modern game… Lionel Messi [is] another, albeit on a different scale.”

Moses had the world at his feet.

An excellent dribbler, equipped with searing acceleration, his success in the England youth ranks led many to believe he would progress into the Three Lions first team

ON WAKING from snatching a short nap, I watched a bit of Norwegian TV. An experience that can only be fully appreciated if you don’t understand the language. As I speak more than a smattering it only served to nudge me back into the state of semi-consciousness I’d just struggled out of. You have to see it for yourself to get the full impact. Knowing the language only ruins things. The fun goes out of it completely.

Time was moving on. News of the fishing trip had yet to arrive from Ann-Ulrika. That night would be her last chance, as she was catching the ferry to Bodø next day. She’d already been disappointed on more than one occasion.

Though we had yet to meet, I was getting the distinct impression the old fishermen wasn’t nearly so keen on the idea as Ann-Ulrika. He was probably trying to dodge her in the knowledge she would be…